Led by the Grey 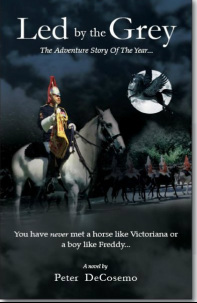 Peter's published novel has attracted a wide range fans, spanning all ages and horse lovers (and not) alike !


A remarkable blend of equine behaviour, historical fact and pure fiction. With Hyde Park and the Cavalry barracks in London as the stage ‘Led By The Grey’ unfolds into an extraordinary adventure story that affirms the bond between man and horse.

On July 20, 1982, the IRA launched a car bomb attack on the guard as they left Knightsbridge for Whitehall. Four men and seven horses were killed that day. Led By The Grey opens in May 2007, Twenty-five years after that attack, will history repeat itself on a monstrous scale? Freddy Hobbs is a teenager with a unique gift. So far, he has successfully managed to suppress it, until circumstances take him from his home in Derbyshire and put him into contact with the British Household Cavalry in the heart of Central London......

'First class an unusual tale, told in a masterly way with a great deal of humour…..'

'This book looks really serious and boring, but it really isn't. It has a great storyline….. !'

'The author clearly knows everything there's to know about horses
and it's fascinating to get a behind-the-scenes view of The Queen's Guard. '

'Peter De Cosemo's new novel is a delight! The characters are extremely engaging
and show great depth. His knowledge of the equine is evident ……'

'It is written with an uncanny knowledge of horses, and the writer has a great
flair for keeping you hanging, sometimes smirking, as you read it……

'This is one of the most incredible books I've read for a long time.
The story is truly amazing and so captivating……'

'Can the author read the equine mind? Makes you wonder after this story' 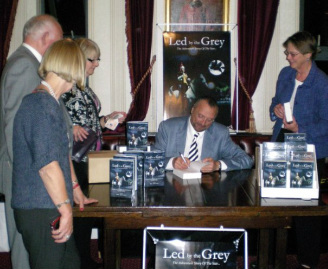 The book launch evening at the officers' mess, Knightsbridge